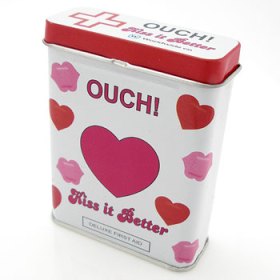 I had my first post-op visit on Friday and it went pretty well.

I arrived for my appointment and the nurses where impressed by how easily I was able to get up and down from the waiting room chair. They went over my drain log, took my blood pressure and opened up my compression garment after laying me back with my knees up to prevent any pulling in my abdomen.

Having the garment opened was a weird feeling since it had been squeezing me to death since Monday. The surgeon noticed how tightly it was squeezing me and gave me permission to unzip the side and open the top hook if needed. While he was talking to me, he removed the catheters from the pain pump and I was able to look down to see my new stomach. It was very flat and the incision is very low which I’m thinking is a good thing. The drains were not removed since I still had a decent amount of fluid draining from me. I have another appointment on Monday to have the stitches removed from my belly button so they should come out then.

While the garment was open, I was showed how to change the dressing over the incision and drain site. I was also told that I could shower if I’d like to even though I still had the drains in. (If I could have, I would done a happy dance at this news) My husband and I were instructed on how to wash and dry the garment, I was given a new prescription for Percocet and we were on our way home.

After dinner, I decided I needed to shower! I hobbled my way to the bathroom, removed the compression garment and looked at my new stomach for the first time in the mirror. I had mixed feelings while doing this. I was amazed at how flat my stomach now was but the drains were kind of disturbing to look at. When I turned to the side I saw how bruised I was from the little bit of lipo he had to do to even out my flanks and I saw how swollen I was. I tried to shake it off and shower as quickly as I could. While in the shower I could feel my abdomen swelling and I knew I needed to finish up and lay down. I quickly made my way into my room, had my husband lay down some towels and I laid down to relieve the pressure and wait for the garment to finish drying. While laying there I could feel my stomach puffing up, I began to have chills and an aching pain across the whole surgical area. I started to panic that I did something wrong.

As soon as the garment was dry, my husband brought it upstairs and we got it closed up around me. Unfortunately, it wasn’t easy to line up with me laying down so there was a little pulling and discomfort in the process. I felt how tight the garment was as soon as it was closed up, so I knew how much I swelled in such a short period of time. I also began to run a low temp that started to freak me out but after taking some meds, it quickly went down and was gone by the morning.

Yesterday and today have been ok days. I’m still very swollen which has me a little frustrated, but I know it is going to take time to heal. I guess I’m hitting that stir-crazy point since I’m not one to just lay around doing nothing all day. I have watched more Netflix, movies and cooking shows in then past few days then I have in the past few months. The highlight of my day this past week is moving from the recliner in the living room to my bed for a change of scenery.

Tomorrow is my next post-op appointment and hopefully the drains will be coming out so I won’t have to deal with them anymore. It’s also supposed to be in the upper 80’s so I’m hoping to even sit outside in my yard for a little. I’m sure the fresh air will help my mood.