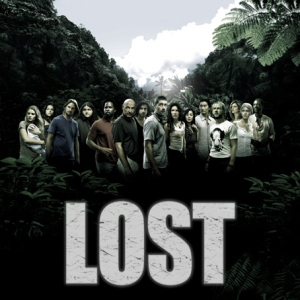 After 6 seasons of LOST, the series finale finally arrived last night. It was a bitter sweet moment for me as a die hard fan.

On one hand I was excited to hopefully get the answers I have been seeking for so many seasons. On the other, I was sad that this would be “The End” of a show I had come to love and hate.

Each week after LOST I would spend time on-line looking at scene caps from the episode of that week, reading message boards and discussing the newest episode with friends, family and co-workers.

Now the end was here and I wanted to celebrate my favorite shows departure from television in style!

As some of you also know I am…er….was a graphic designer and I take my theme parties very seriously. I also take LOST very seriously so having a theme party for my favorite show with a few fellow die hard fans was a no brainer.

Here are some of the items I had at the party. I held back on my ideas since it was a small get together. I was originally going to have make shift tents over the food tables like the Losties built on the beach. I was going scatter suitcases and clothes around as well have tiki torches outside of the door with a “QUARANTINE” sign on the front door…..but…..sigh….I didn’t. 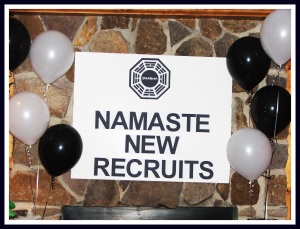 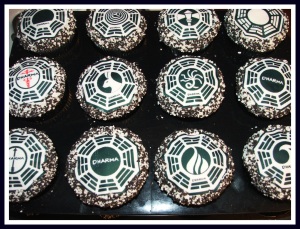 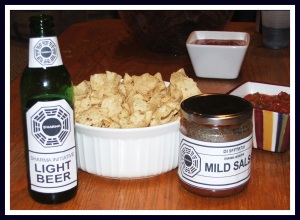 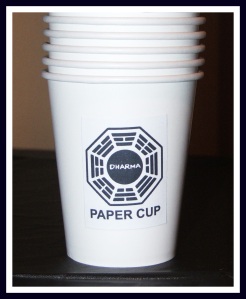 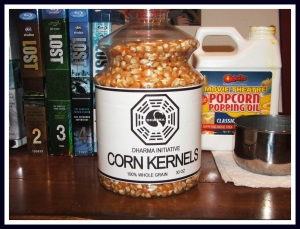 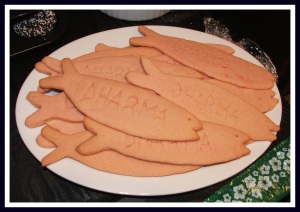 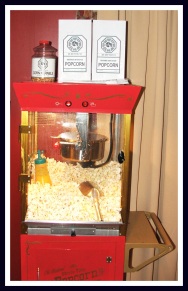 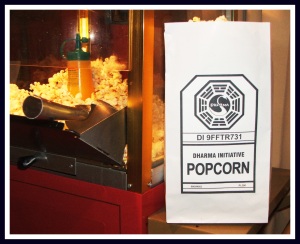 How about some Mr. Cluck’s chicken? 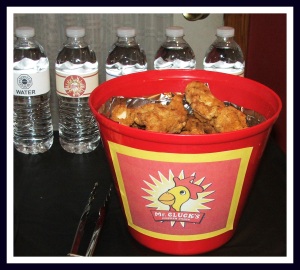 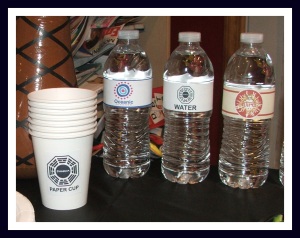 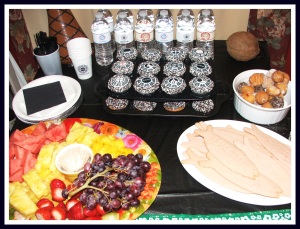 I also decided to make DHARMA t-shirts for us to wear: 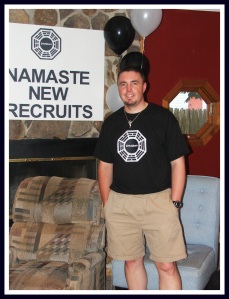 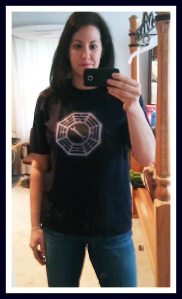 As for the finale itself I had a lot of mixed emotions. There were emotional parts, more questions that I will never get answers and an ending that is open to interpretation.

I have watched the ending a few times today, read and spoke with a few friends about it and I am content with the ending now.

This article sums up my thoughts on it and cleared up a few things I was wondering about: CLICK HERE

Feel free to post your theories, what you liked, what you didn’t like and how you spent your finale 2.5 hours with LOST in the comments.

NAMASTE LOST…..I WILL MISS YOU!

Filed under Family Fun, My Ramblings