This week I have been focused on getting back into my fitness routines. Hurricane/Superstorm Sandy brought the hubs and I to a halt last week, when she slammed into the East Coast leaving us without power or heat for almost a week.

Monday I restarted the third week of Phase 3 for P90X. I use the official P90X app to track my progress (I forgot to take a screen capture of it and to be honest, I’m being lazy and don’t feel like doing it now to insert in this blog. Yeah, I know, I’m a slacker…get over it!)

I also decided that I wanted to give running a shot again, so I downloaded a Couch to 5K type of app, laced up my running shoes and hit the pavement. I have always struggled with pacing myself and endurance, so following an app seemed like the most logical step for me, and I really like it.

5K Runner: 0 to 5K run training. I love that I can use it with RunKeeper and it prompts you over whatever music you’re listening to as to when to run/walk. Well worth the $2.99

I addition to the this app, I use RunKeeper which I LOVE. I enjoy being able to set goals (which I honestly end up forgetting about and not hitting, but I’m work on that, ok people! Don’t judge me.) I like that I can post my runs to social media, look back at all of the ones I’ve completed and link up with people I know on my “street team”.

RunKeeper – If you walk/run/bike, etc, I highly recommend this app! It also has a coaching feature which I haven’t tried.

Another app I started using this week is Daily Yoga. I heard about it yesterday from the lovely Jac. She started using it and just happened to tweet about how much she liked it, just as I was logging on to ask for yoga DVD recommendations. Talk about timing, right?!

Daily Yoga – I have to be honest, the accent of the person instructing you makes me giggle. I have only done one routine so far, but I like this app. There also seems to be a routine difference between the iPhone and Android platforms. Droid users seem to have more FREE routines. Sigh.

Last but not least comes MyFitnessPal. I have blogged about my using this app before, but consistent, I am not. (Human I am, which is why I am not consistent.) I started using this again today, because of the success I have had in the past. Also, thanks to Hurricane/Superstorm Sandy and the lack of power, eating healthy became a slight issue and I am trying to correct the small cravings I have since developed thanks to Pop-Tarts entering my house again. (Hey, there are just so many non-perishable food items to choose from, especially when people are attacking the shelves like the world is going to end. Which it clearly wasn’t, the Mayan’s said we until late December for that…duh!) 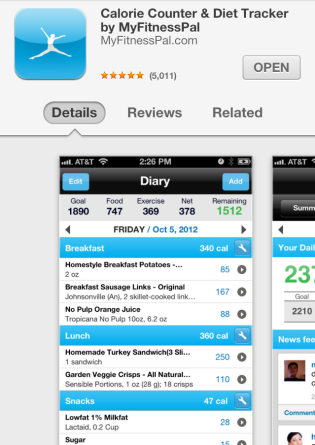 MyFitnessPal: Because if you dont track what you eat, your ass will!

So there you have it. A glimpse into the apps I use, to try and keep my fitness-ADD-having-self on track and motivated! I’d love to hear of any apps you use to stay on track and record your progress. Be sure to let me know if I’m missing out on something by commenting! 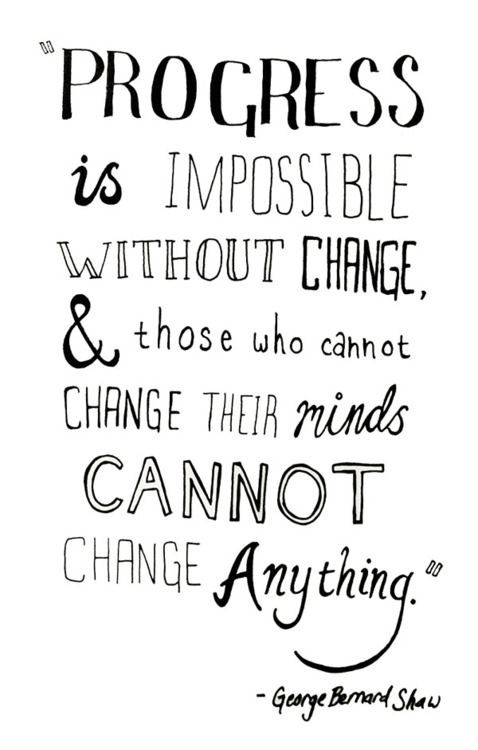 You have to change the way you think if you want to see results.

Stop telling yourself you can’t run, do circuit training or even attempt yoga. You might not be able to run a 5k right away, complete the circuit or hold all of the yoga poses without toppling over, but with practice and persistence, you will begin making great strides in less time than you think.

Stop telling yourself that eating fast food is your only option or that it’s cheaper to do so. With proper planning, eating healthy doesn’t have to cost a fortune and it can be even easier! Your body will thank you for doing it, too!

It’s up to you to change your mindset and believe that you can do these things. Once you do, anything is possible and change will be inevitable. 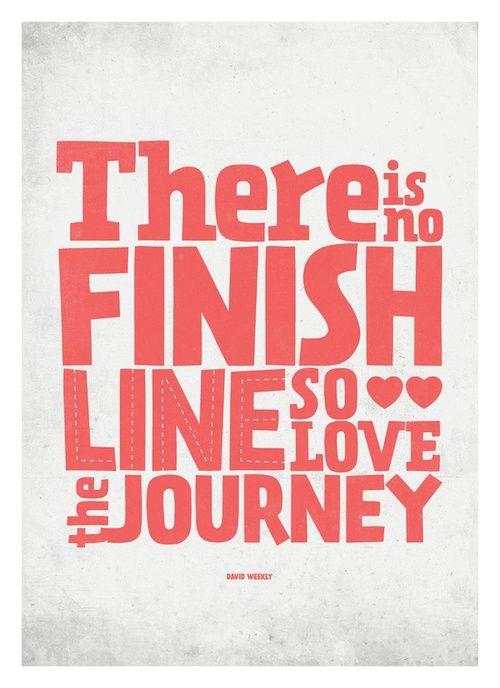 Three years ago, I had a goal to lose weight. That was it. I set up small goals to reach, always thinking that one day, I would reach my goal and finish. Little did I know back then, that this becomes a way of life.

No wonder I had failed so many times before.

There is no finish line when you truly embrace a healthy lifestyle. The key is to enjoy what you are doing to become healthy. If you don’t enjoy it, you won’t do it.

I consider myself healthy, not skinny, and the road to getting healthy definitely made me strong!

Speaking of strong, today starts Phase 2 of P90X for me. As I expected, I didn’t see a change in my waist, hip or thigh measurements and I’m happy with where I’m at with those, so it didn’t bother me. I did however see a half inch increase in both of my biceps, and I can see nice shoulder definition which really makes me happy!

Results take strength and determination, not luck. Put your mind to it and the results will come.

You don’t even need a full hour to make a difference and start moving toward a healthier you! If you have time to sit and watch a TV show, or time to catch up on your DVR, you have time to better yourself. No excuses!

One Week At A Time

All too often, people get caught up and overwhelmed by how far they have to go to reach their fitness goals. I fell victim to this mind set many times over the years and it is very frustrating. One of the most important changes I made this time around was to NOT focus on the ultimate goal. Instead, I set mini goals that would help me to achieve that ultimate one over a period of time, and I ONLY focused on each one of those.

By breaking my goals down into mini ones, I was able to keep a positive tone to my fitness/weight loss journey. I began to build a confidence in myself by reaching each of my mini goals and before I knew it, I was reaching larger goals without even realizing it.

Even now that I have reached my ultimate goal, I still set mini ones for myself in order to maintain the progress I have made. Here are some of mine for this week:

As you can see, they are all things that you would expect I do on a normal basis, but it’s easy to put all of these things off for another day. I need to stay focused on the simple things and with that, new results will come and old one will be maintained.

Your goals for the week don’t need to be extreme…even the simple ones can get you a step closer to the results you want.

What are some of your goals for the week? What would you like to achieve? Want to keep each other accountable?

No Matter What, Keep Going!

I stumbled upon this graphic while searching Pinterest (yes, I’ve been spending a lot of time on there….now hush!) and I knew I had to share it with all of my readers.

It’s so important that no matter what, you keep going, keep moving forward toward your fitness goals.

We all have ups and downs (lord knows I’ve shared my excitement during ups and whined during my downs here). You are going to have to work to achieve your goals and you have to keep your eye on the prize as you do it.

Each week, things will get a little easier. You’ll do more reps, lift heavier weight and beat your last personal best. You’ll set the bar a little higher and create new goals as you push forward… Getting a little stronger, both mentally and physically each day.

Are you doing the same? If not, today is a new day, why not start?

One of the biggest changes I made on this journey was to eat every 2 to 3 hours. Each time you eat, you stimulate your metabolism for a short period of time. The more often you eat, the more you’ll increase your metabolism. Eating every 2 to 3 hours feeds muscle and starves fat. By eating frequently, you show your body that you aren’t going to starve, that food will always be available. Skipping breakfast, eating only a sandwich for lunch, and pigging out at dinner just frightens your body into storing fat, just in case your next meal never comes.

However, you must eat healthy. Frequent eating does not mean snacking and munching mindlessly on junk food and over processed convenient foods. Make each mini-meal complete with a serving of vegetables and a healthy source of protein like eggs, chicken, or nuts.

Exercise to be Fit NOT Skinny

This is the key to getting the results you really want and keeping them for the long haul.